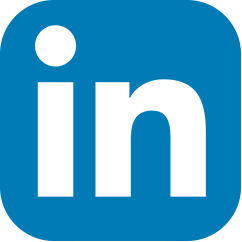 SCHCS was founded based on the rich background and experience of Samuel Harrell, and associates.  I established to help small to medium-sized businesses reach that next level, without losing their personality. Modeled after some of the best marketers in the world, we have created a dynamic company of consultants who have taken a small business in hand and turn it into a growing, dynamic powerhouse with a global reach.  ​​​​​​​

My name is Samuel C. Harrell; in addition to being the founder and chief consultant for S. C. Harrell Consulting Services, I am also an author, public speaker and advocate for youth development. My very first entrepreneurial experience occurred at the age of fifteen when I was a Boy Scout. At that time, my Boy Scout troop (Troop 531) was selected to participate in the 1964 Boy Scout World Jamboree, held at Valley Forge Pennsylvania. Valley Forge is where General George Washington and the Continental Army spent the winter of 1777–1778 near Valley Forge, Pennsylvania, during the American Revolutionary War against the British.

As I recall, each troop was to set up a booth that would offer something representing their country to other visitors of the Jamboree. I came up with the idea of selling small bottles of water that were labeled “From the Shores of Philadelphia.” The bottles were nothing more than small empty aspirin bottles filled with water that I collected from the Schuylkill River, the “shores of Philadelphia.” For more than a year before the Jamboree, the members of my father’s church donated their empty aspirin bottles, with the caps intact. I don’t remember how much we sold those bottles for – a dollar maybe, but I do remember selling them all. Why, for some time after the Jamboree, I received some requests for more of those bottles from all over the world. I didn’t realize it at the time, but that experience and the feeling that I had when satisfying the desires of others laid the foundation for all the other business pursuits that followed. I was hooked! 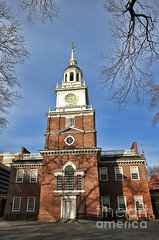 After graduating from electronic school, I went to work for Western Electric and Bell Atlantic until I went into the US Navy, from which I was honorably discharged in 1969. After leaving the Navy, my next entrepreneurial experience occurred in 1973 with Harrell Enterprises, Inc., a production company that operated a modeling school (the Free and Easy Modeling Method) and co-produced shows in and around Philadelphia (e.g., the Black America Pageant of 1973). During my 38-year professional career since, I have been both employed as well as self-employed. As an employee, I have worked for the National Aeronautics and Space Administration (NASA) as well as in the aerospace and defense industry as a systems test engineer and project manager. While at NASA, working as communication and telemetry specialist, I had the privilege of being part of such historic projects as the Apollo-Soyuz program and the Space Shuttle test launch, as well as many unmanned space projects. When working in the aerospace and defense industry, attached to the Pentagon, I was part of a 15-man team that developed and deployed tactical systems to NATO (North Atlantic Treaty Organization) and numerous military bases around the world

Alas, retirement was short-lived! As the country experienced an economic downturn in the winter of 2007, I became the General Manager of Rincon Country Mobile Home Park (MHP) in Tucson, Arizona.  In June of 2014, I resigned from that position at Rincon Country and now operates S. C. Harrell Consulting Services full-time.  In this role, I offer my skills and experiences to small to medium-sized businesses and entrepreneurs in their efforts to develop and promote their businesses and services in this new 21st-century global economy.

After leaving the aerospace and defense industry in the late 1980s, I once again became an entrepreneur and, in1992 I started “S. C.Harrell Consulting.  This ultimately led to the development of a successful building maintenance company (Flx-i-Clean, Inc.) in 1994.  This business was started with a $1,500 investment and grew to more than $1.5 million in business by 1999, serving such clients as the City of Colorado Springs, Colorado Springs Airport and more than 100 others across the state of Colorado.  After selling that company in 1999, I returned to my technology background and started four Internet-based e-commerce and online learning companies.

Treat our clients' needs as our own, without regard to how much their contract might be.worth to us.  We know that our reputation is built one customer at a time.